We have 47 guests and no members online

Written by Scott. Posted in Cigar Index B

Construction: The wrapper was smooth with a hairy feel whilst looking dry with a slight oily sheen. It exhibited minimal veins which were only made obvious by the lighter colour of the wrapper.  It also had visible seams. This stick was a couple of gauges thicker on the foot than it was at the head. The stick was a little soft to squeeze and a few large veins could be felt in the binder, No substantial lumps or bumps. On a whole the stick appears to be well made and the head is closed with a neat triple cap. 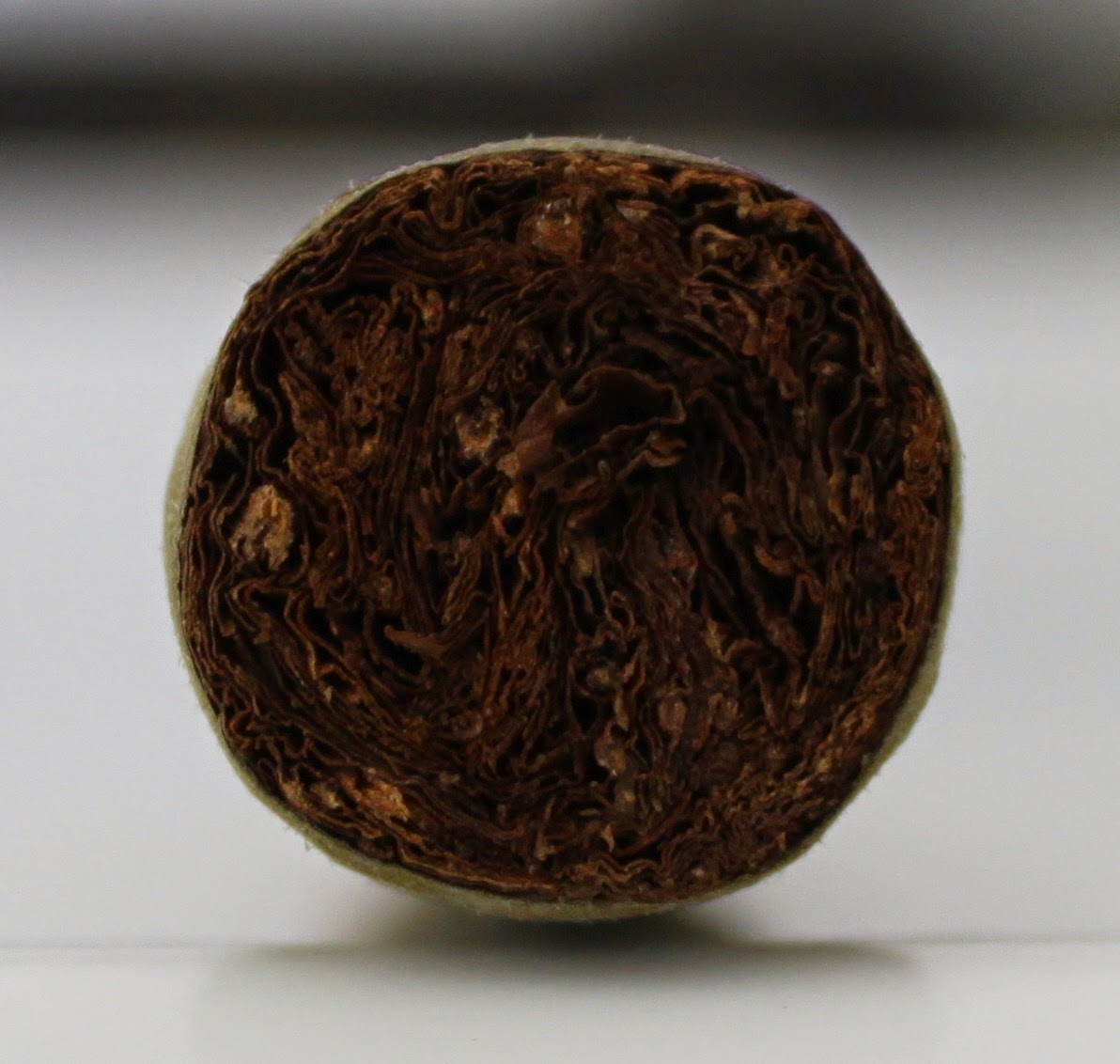 Cold draw: Flavours on the cold draw consisted of dried hay and caramel, the wrapper was imparting a very pleasant sweetness onto the lips. Draw had a desirable level of resistance after punching the cap

First light: Flavours on the first light were very difficult to identify due to this stick being so mild. The cigar was imparting a sugary sweetness front of mouth like the flavoured / sweetened cigar. Flavours behind the sugar were green grass wood and a very subtle wood.  Smoke production is good with a very thick moist consistency.

Aroma: the aroma of this cigar was very interesting, it was segregated between a delightful sweetness and a combination of timber and hay.

I decided to look a little deeper into this very obvious sweetness being deposited onto the lips rather than through the smoke itself. I sat licking different parts of this cigar like an ice-cream until I managed to come to the conclusion that it was the wrapper. The wrapper on this cigar was coated in what I assume was a layer of its own natural sugar which could be tasted when licked…… or placed in the mouth as one does when smoking a cigar; funnily enough.

Flavours on the first third were very similar to the initial light with an increase in the sweetness. The burn is near textbook. If I had to condense my description of the flavor profile of this stick I would have to say it’s a very light bodied, grassy sweet cigar.

The retrohale consisted primarily of sweet caramel and dried hay.

Transitioning into the second 3rd a very smooth and subtle spice started to develop which I was yet to identify and the smoke started to get sweeter, after every draw I could lick my teeth and taste a defined layer of literal sugar all through my mouth. Initial flavours of green grass and hay were present and unchanged. The burn was near perfect even in the windy conditions I’m constantly finding myself reviewing cigars in.

As the second third progressed I managed to identify the subtle spice as nutmeg which was slowly increasing which made it easier to identify once it showed itself.

Flavours in the third 3rd remained consistent but saw the slightest introduction of heat into the finish, I typically find heat very offensive when smoking a cigar but in this case is was quite bearable and did not detract from the existing profile of this stick at this stage.

The burn was still excellent even this far down the stick which I was quite surprised.

At 1 hour 10 minutes the heat started to gently increase in this cigar and very soon was going to detract from the enjoyable flavours previously experienced. I decided to put it down. 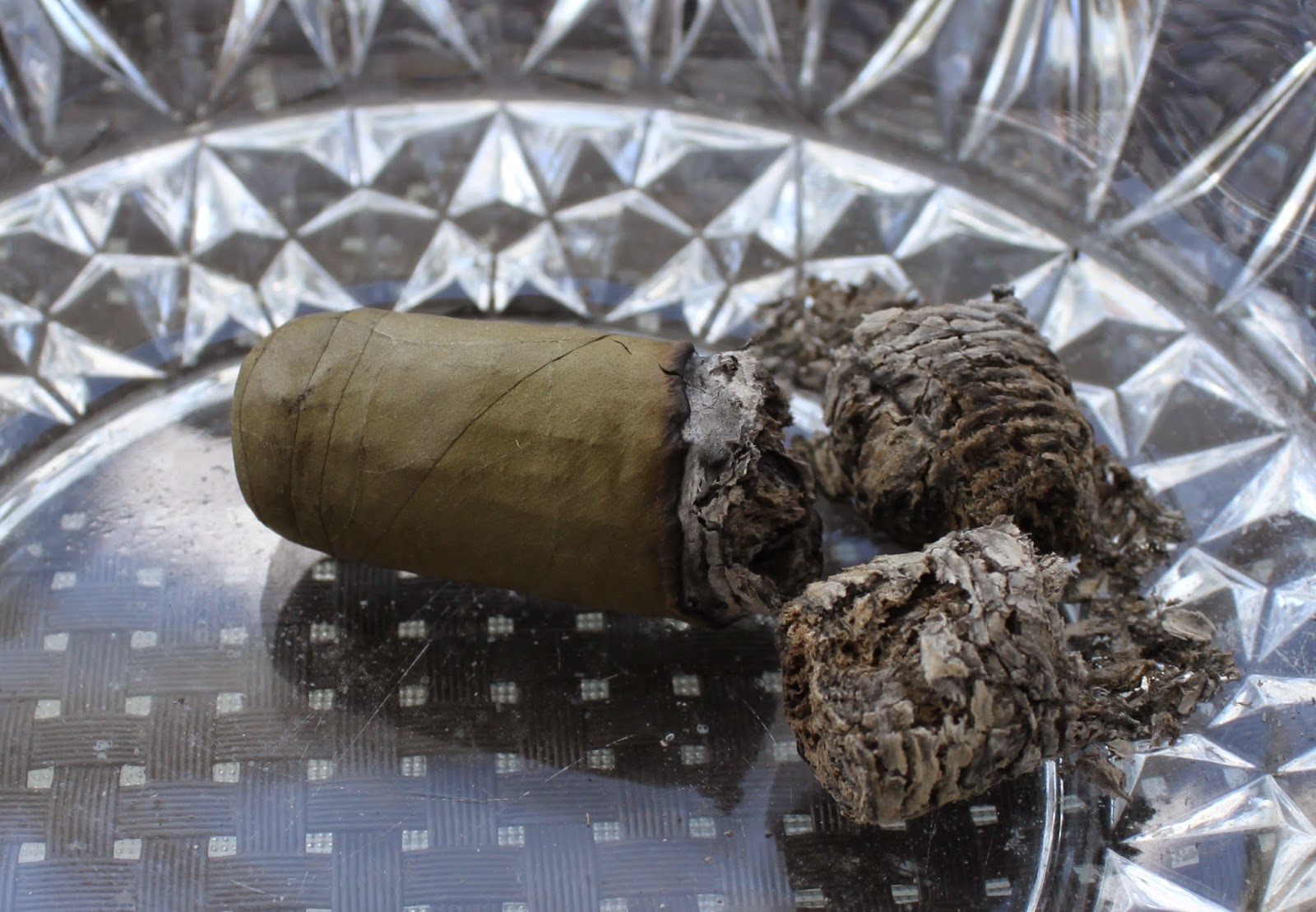 Overall this stick was very consistent from start to finish, brilliant smoke thick moist smoke production with a delicious green grassy flavor coupled with a surprising sweetness. Ever so subtle hints of nutmeg appearing around the halfway mark made for a pleasant addition which kept this stick interesting. I would happily purchase a box of these sticks and enjoy in good company after a light lunch.

Suggested pairing would be with a dry champagne such as Moet as not to overthrow delicate flavor offered by this stick.