Blend:  Connecticut Broadleaf Maduro wrapper, two binders, Nicaraguan Habano and a Cameroon.  Inside is a blend of Nicaraguan and Peruvian long-fillers.

Construction: The appearance of the cigar is excellent, the chocolate brown wrapper was wafer thin and opaque which made the veins very obvious even though they were insignificant.  No significant blemishes in the cigar along its considerable length. This stick felt inconsistently packed, the head was hard as a rock and the foot slightly soft with hard and soft spots along its length, nothing serious by any stretch but noticeable during a critical inspection.

Cold draw: Flavours on the cold draw consisted only of dry hay with barely noticeable hints of coffee.  Draw resistance with a small cut was firm but manageable, I was gambled on it opening up once got warm.

First Light: Flavours on the first light consisted primarily of cloves, bitter chocolate with subtle hints of licorice and sweet tobacco. Body overall would have had to have been a medium with good thick smoke output.

A few minutes in the draw really opened up to a prefect level of resistance which gave rise to an increase in smoke production, the cigar was now producing plumes of thick rich full flavoured smoke. 25mm down the smoke the character of this stick started to change, body went from medium to notch shy of full. The flavours in the first light were starting to meld together in a very pleasant fashion which made for an extremely full meaty body. At this stage the cigar was starting to show its true colours; a dragon within? Maybe not, unless it wears a suit. Some burn issues were present. 30mm down I suspected the cigar was starting to tunnel, removing the ash confirmed this, quick touchup and back in action. Up until the tunnel the burn was quite acceptable with only minimal variance.  Throughout the first third the body & strength kept increasing to a solid full without becoming in any way harsh.

The second third saw no new introductions to the flavor profile, the bitter chocolate was starting to get a little sweeter, other than that no change. The burn started to get undesirably wild with 10 mm of variance from side to side, it didn’t look to need a touchup, it was just ugly.

As the third progressed the burn continued to degrade and I cut and relight the stick with 25mm of variance I think I let it run past the touchup stage. At that stage I was sitting in what I could only describe as a bushfire as I had a pile of tobacco in the ashtray billowing smoke as well as a newly lit stick which seemed to want to compete with it. Lucky me, it was a good stick so I was not overly upset.

Transitioning into the third 3rd the stick started to develop a nutty flavor into the mix in addition to the slightest inklings of heat. As time went by the nut disappeared as quickly as it arrived. The burn continued to offend; lesson learned 15 minutes prior, I elected to reign the burn in with the lighter.

During the third 3rd there were still no significant changes in flavor or body. The heat experienced was slowly but surely starting to increase but fortunately managed to remain subtle and in the background.

Burn issues continued to be a problem throughout requiring attention every 5-10 minutes, fortunately quick touchups were not degrading the flavour or introducing any additional menacing heat.

Toward the end of the third 3rd the heat started to ramp up and overwhelm the flavours of the stick. I elected to put the stick down at 1 hour 45 with approx. 50mm remaining.

Overall this stick would have to have been one of the most consistent flavoured sticks I have ever smoked. No significant additions, subtractions or transitions throughout the considerable length of this behemoth of a torpedo

The burn of this stick required constant attention which I found unfortunate. Burn issues aside this stick was a pleasure to smoke, solid full body and strength is enough to keep anyone interested and abuzz with nicotine. If you intend on picking any of these up make sure you have at least 2 hours spare to smoke one, socially smoking one of these would see 3 hours easily. 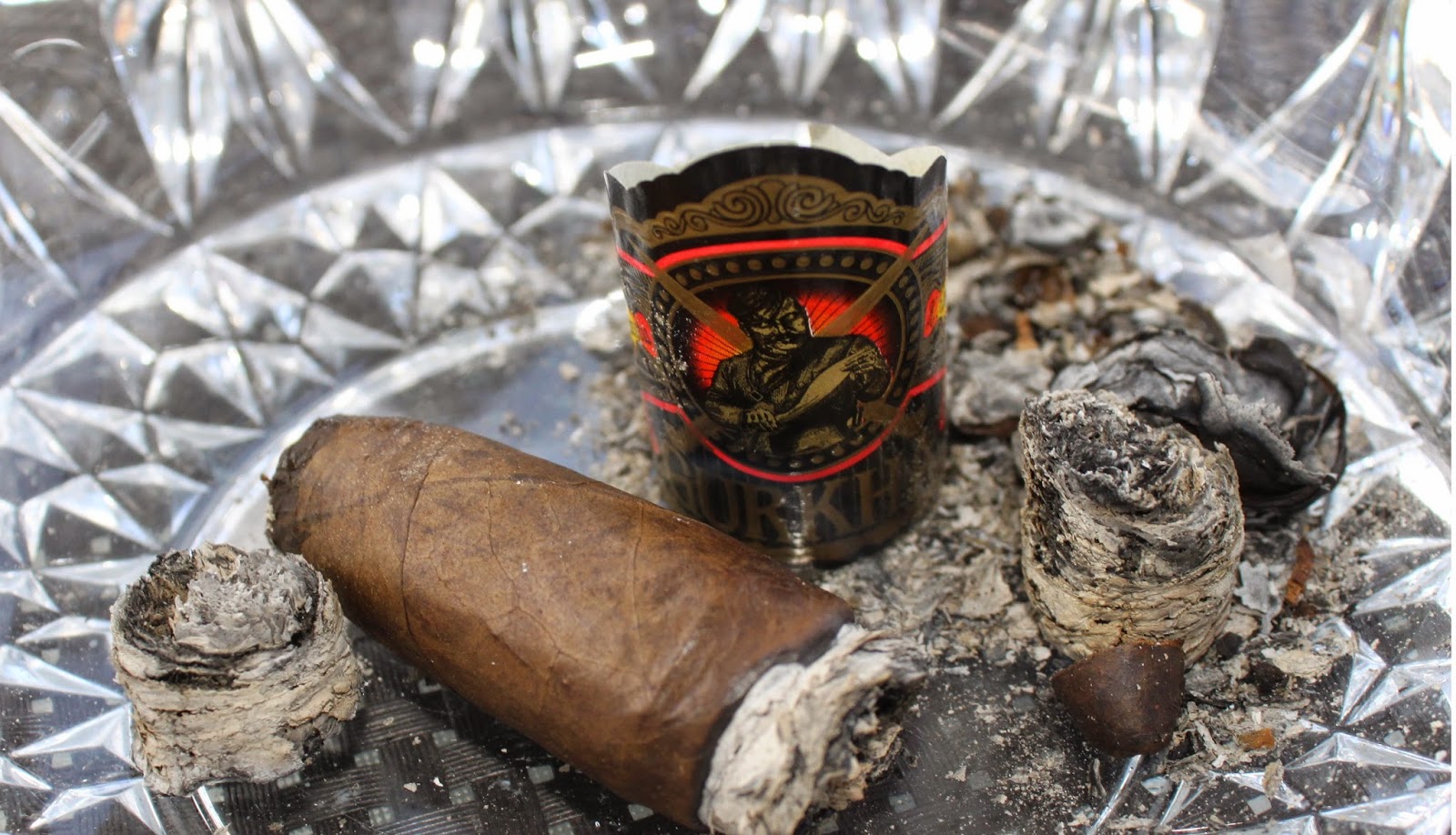 I have smoked 8 of these Dragons to date and this is the only stick of the 8 to present burn issues, as for flavour they have all been consistent. I would happily pickup another bundle of 20 to share and enjoy over time.

Suggested pairing; this is a hard one, If I were to pair with this full strength stick it would have to be a robust Barossa shiraz or a cask strength whisky like Aberlour A'bunadh or Glenfarclas 105.