We have 33 guests and no members online

Visual: The seams were barely visible with minimal veins. The wrapper itself appeared dry and slightly hairy with only one imperfection being a water spot, neatly finished on the head with a single cap.

Touch: The stick was tightly packed consistently along its length, with no soft or hard spots. The foot of the cigar had one minor shatter in the wrapper/ binder which I accredit to rattling around in my humidor for 3 months. 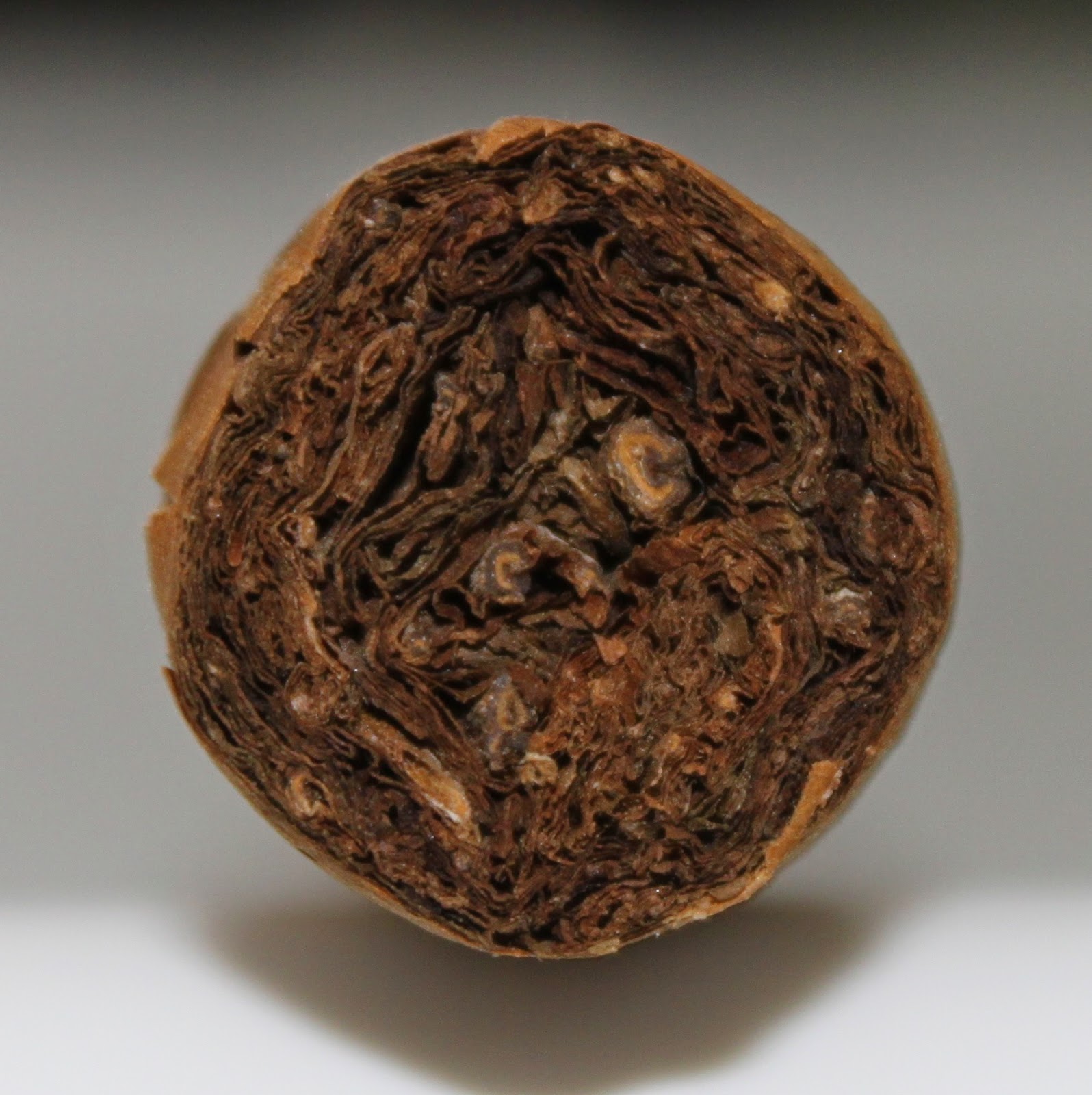 Smell: Bouquet on the wrapper consisted of dried grass with hints of pepper surrounded by a wholesome tobacco smell. Foot consisted of hay and wood.

Cold Draw: Flavours on the cold draw consisted of Hay/ Dry grass, light tobacco and white pepper with a very distant sweet butter in the background.

First light: Flavours on the first light consisted of a big dose of white pepper atop of dried grass; there were also the slight hints of oil or butter.

Aroma: The aroma consisted of fresh baked sourdough bread with traces of toast.

The abrupt white pepper started to mellow out and fill the whole mouth and throat with typical white pepper zing. New flavours started to emerge from behind the pepper which consisted of bread and timid hints of toast all coming together to form a mild to medium body.  The cigar was exhibiting a perfect burn and was producing good amounts of thick but dry smoke.

As the third progressed the pepper dialed down and the cigar started to get more bready and thicker to taste without increasing in body. 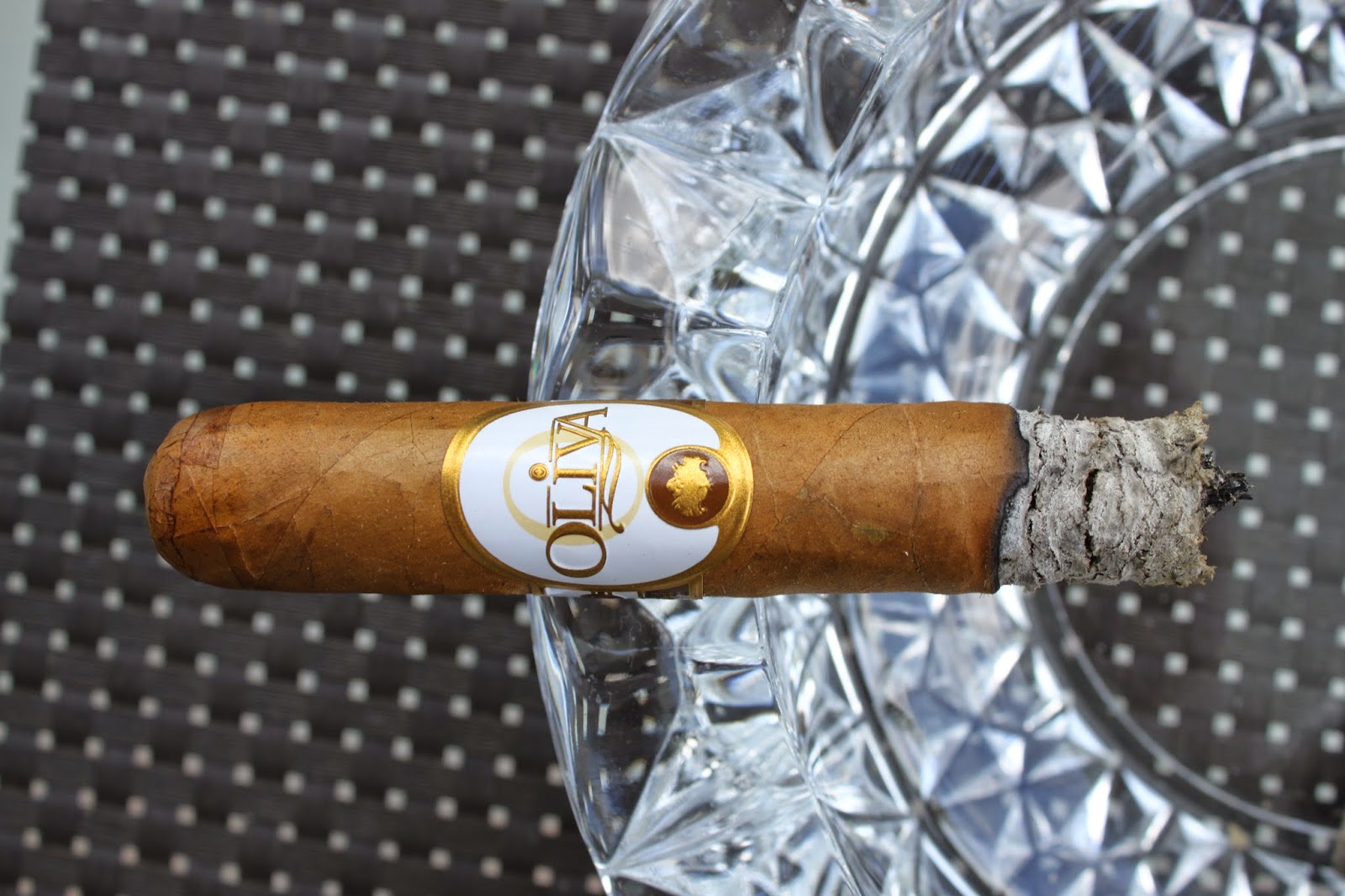 Body was still sitting on medium with the white pepper smoothing out into a nice mellow spice allowing the palate to better experience other flavours present. Other flavours present consisted of a very thick bread, toast with a dried grassy flavour. The oil noticed on first light didn’t showed itself again to this point. Smoke production was still good with good amounts of thick dry smoke, the stick continued to burn razor sharp. 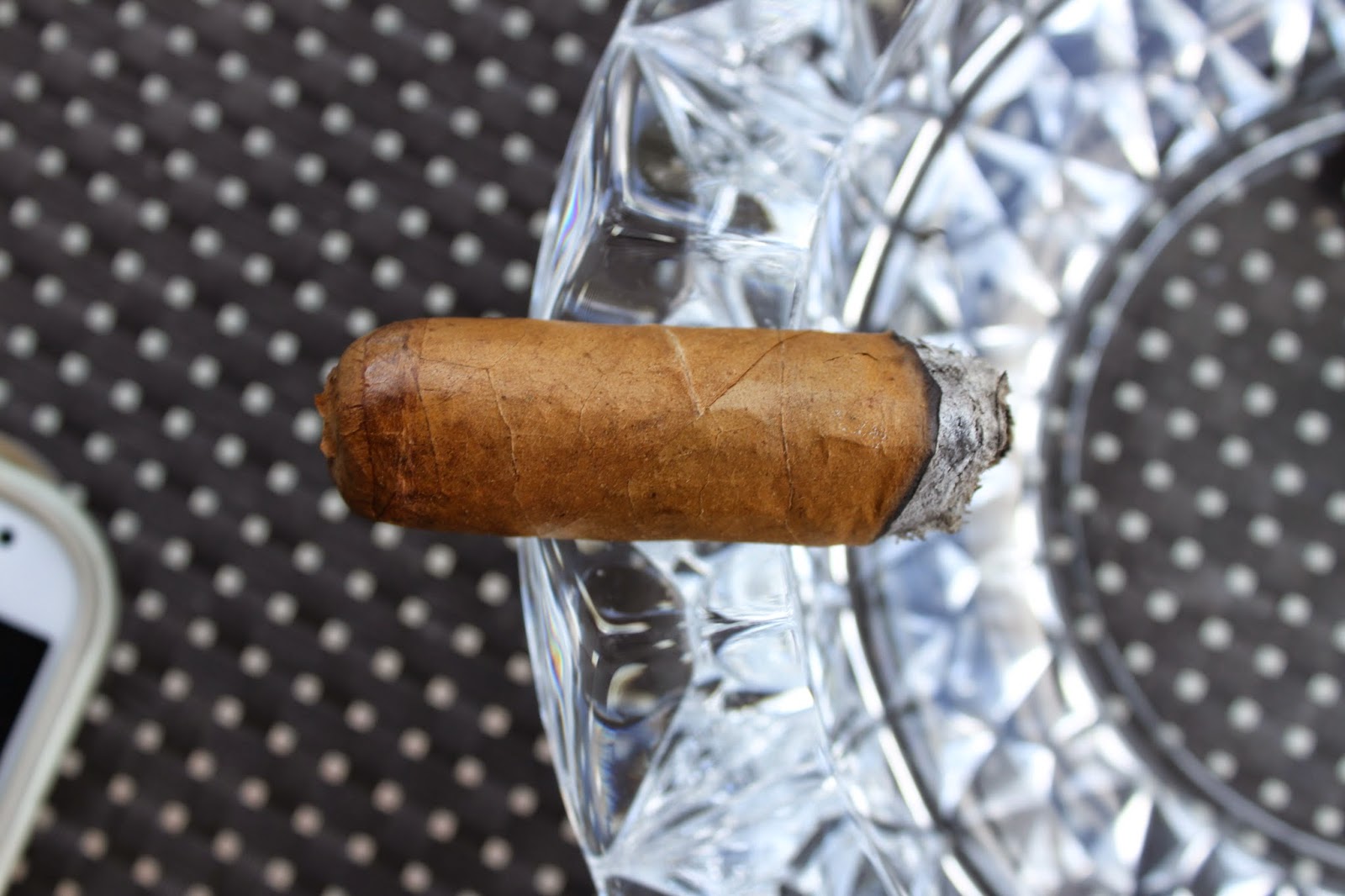 Mid in the third the burn changed from razor sharp to acceptably excellent.

I managed to smoke this stick down to the end as the usual culprit “heat” never really made a significant appearance in a way that detracted from the whole experience. The stick was gracefully retired at 1 hour 10 minutes. 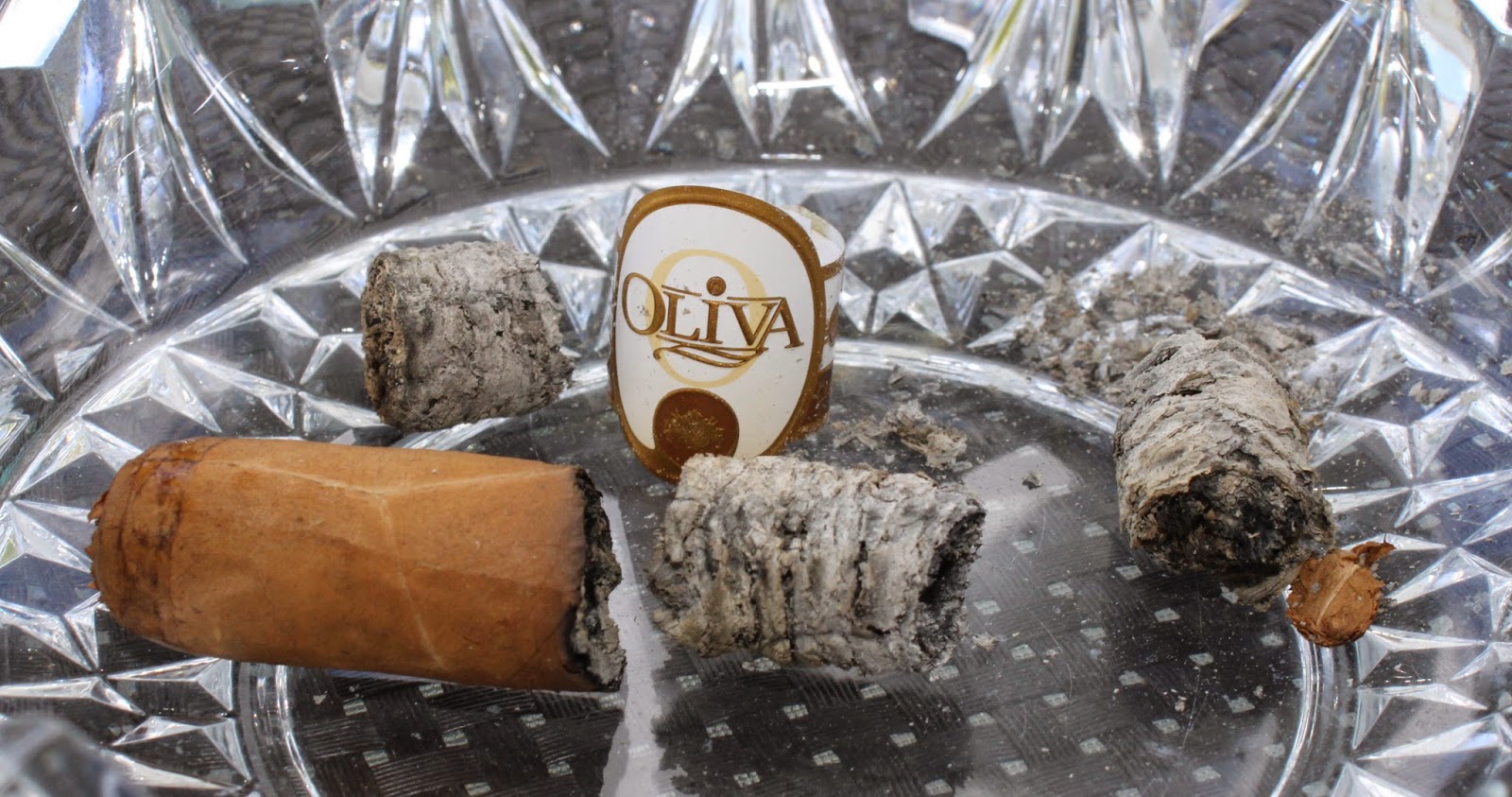 In conclusion this stick was great, consistent from start to finish in flavour and body with an exemplary burn. The second I stuck this stick up it reminded me of a Nub Connecticut but a little drier on the palate. The white pepper is not something that resonates with me personally so I would not go off and buy a box myself, but if that’s something you like; you’ll love this stick. It’s a well-made consistent stick that I would recommend adding to one’s experience library. 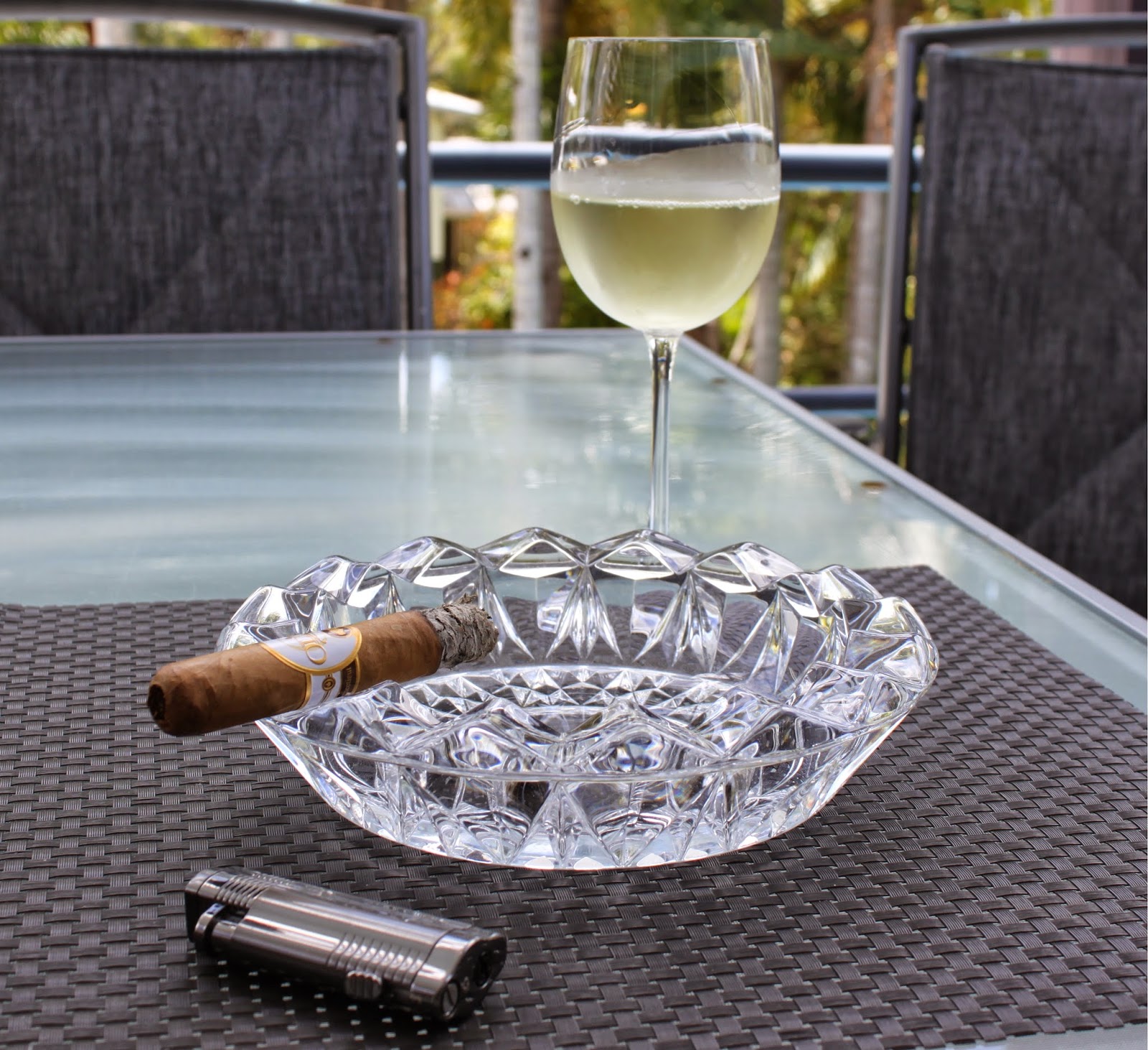 Suggested pairing is (not would be) but is, wet, young a citrus and green apple tasting Semillon Sauvignon Blanc. I was not entirely sure so I tried it, and it was a match made in heaven. It paired perfectly with the dry peppery profile of this stick.