Construction: Mottled dark chocolate brown, oily wrapper. The wrapper appeared to be quite thick with very visible seams and one very pronounced vein. During inspection I noted one small split in the wrapper just near the band point, didn’t appear to be anything serious, although noteworthy as they tend to worsen as the cherry approaches.

This stick had a very firm pack consistently from the foot through head, no soft spots, lumps or bumps. Of interest was how light the maduro wrapper was, typically I associate maduro’s with a very dark black wrapper, this was close but definitely not black. This stick appeared to be made to a high standard, like most Oliva cigars, with a double cap. 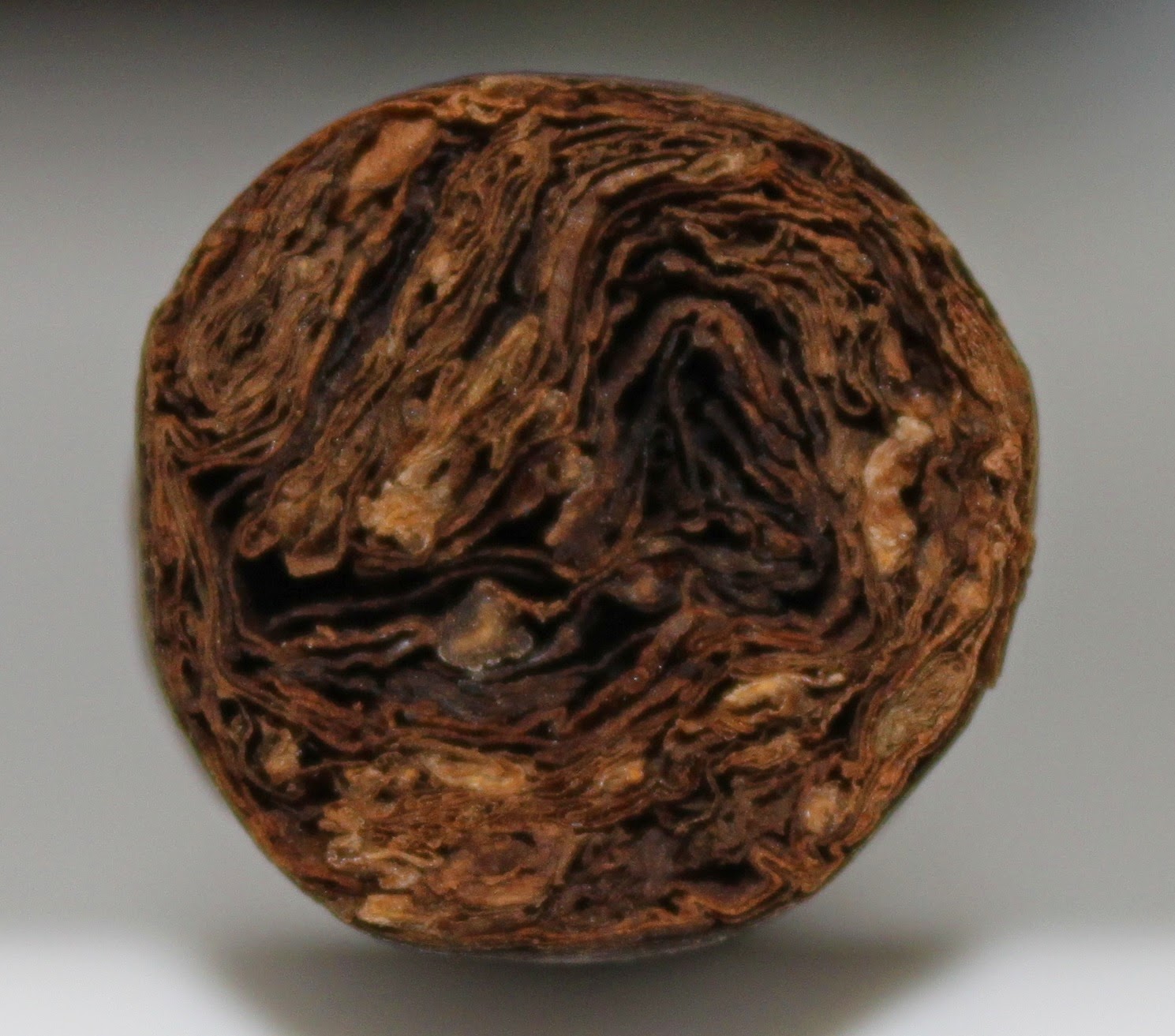 Flavours on the light consisted of a good dose of black pepper which spread throughout the mouth and throat very quickly, hidden behind the pepper there was a woody flavour coupled with a lightly aged tobacco taste. The retrohale consisted primarily of black pepper and wood; not cedar but more of a timber taste. It had good smoke production with a run of the mill smoke consistency; not moist and not dry, not thick and not thin. Just good ‘ole smoke

The first third was dominated by black pepper which smoothed out a little since the initial light.  The other flavours present were a very obvious tobacco with leather and wood in the background. I managed to lose the ash at around 10mm because I was jovially bopping to Otis Reddings “I’m coming home to see about you” and knocked out of the ashtray and onto the floor. Good on ya Otis.

I found myself looking at this stick after every draw like somehow it was going to relinquish its secrets to me, I found it challenging to identify all the flavours hiding behind the black pepper.

The stick exhibited a perfect burn apart from a few minutes after I lost the ash; I blame the music.

As the first third progressed the black pepper continued to smooth out and the smoke was getting more moist and thick and was developing a creamy feel.

The black pepper kept dialling down and started to lose its dominance over the rest of the bouquet, the tobacco flavour shifted to the front, the leather and wood became more obvious which I credit to a reduction in the pepper rather than in increase in presence.

The stick exhibited a more than acceptable burn with around 5mm of variance.  As the burn approached the chink in the wrapper, the wrapper started to lift slightly; no cause for concern as yet but I grew concerned it was going eventuate in a blowout.

As I approached the damage the wrapper opened up the burn went wild and suddenly the stick extinguished itself. I had to go in for the dreaded relight, relighting introduced some heat and mouldy flavours.

I really try to avoid having to relight and touch up cigars as in my opinion it really has the capacity to vandalise the character of a cigar and quickly reduce the enjoyment had from smoking it.

A few minutes after relighting the mould and heat disappeared and we were back to business as usual.

On the bad and just passed through the damage on the wrapper after relighting. The burn came back to a very acceptable level.

The black pepper shifted further into the background and the tobacco taste started to sweeten and give rise to a sweet dark chocolate lurking deep in the background. The gentle hints of leather and wood remained consistent.

The smoke consistency transitioned into a thick creamy smoke that deposited a slight buttery oil onto the palate. The burn further improved into a near razor sharp line, gently saw toothing at times when left to rest.

As the third 3rd progress this smoke finally let me have it, the pepper totally disappeared, the tobacco sweetened which was complimented by the chocolate flavour emerging. The old faithful wood and leather that gave this stick some depth at the start had remained unchanged.

This flavour shift late in the 3rd came as a real pleasant surprise to me, the change in smoke consistency and shift in flavour really changed the demeanour of this stick from abruptly savoury to a more enjoyable refined sweet stick.

I believe with a bit age on this stick one might be lucky enough to coax the benefits realised late in the third 3rd further up the stick.

I enjoyed this stick from mid 1st third all the way to the nub, I fell in love with this stick mid third 3rd after its metamorphosis. 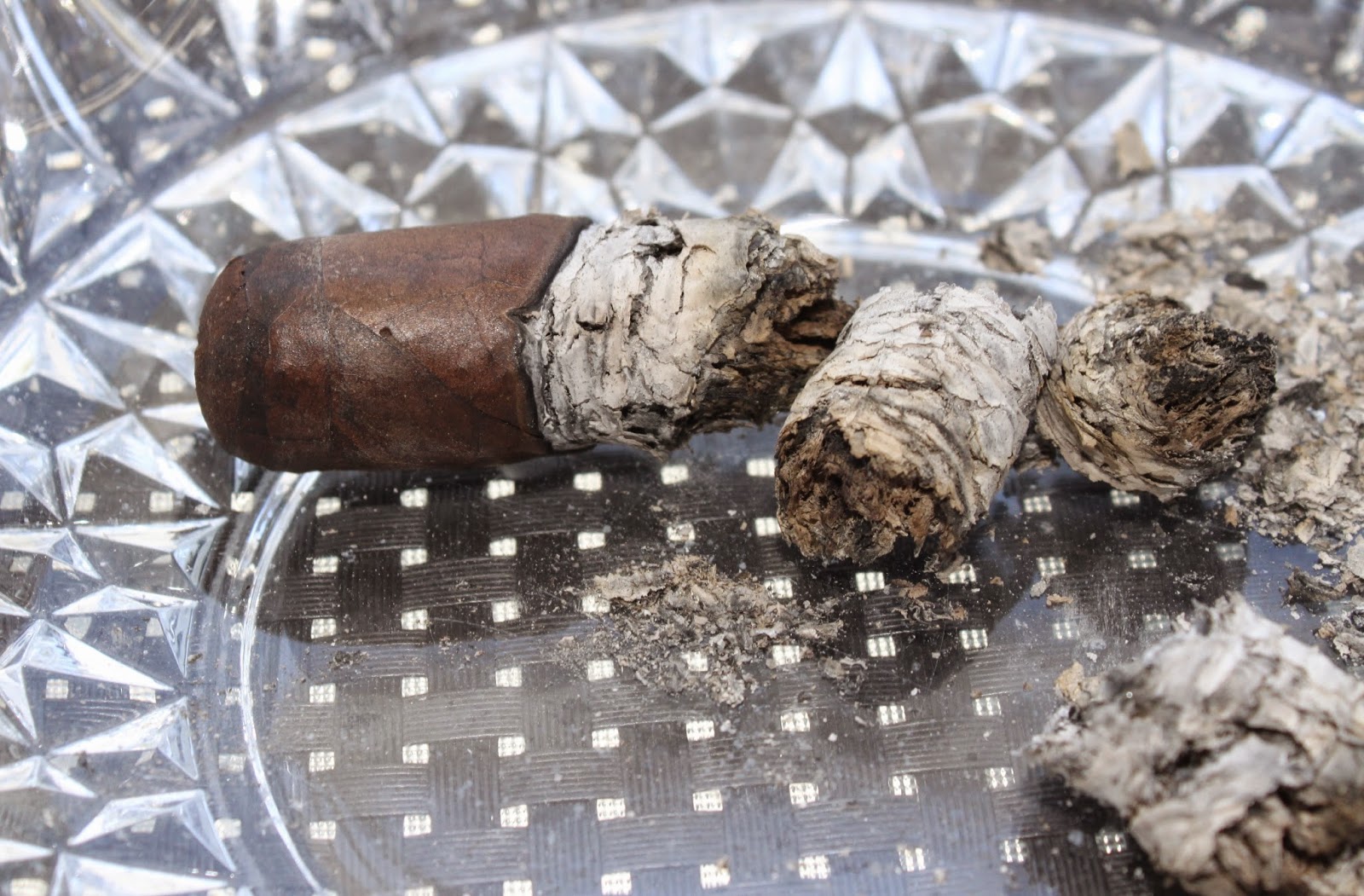 On the whole this has been another ripper of a stick from Oliva; brilliant construction, smoking and an interesting bouquet of flavours. The whole of Oliva’s Serie O seems to be a classy line of medium to full bodies sticks.