We have 46 guests and no members online 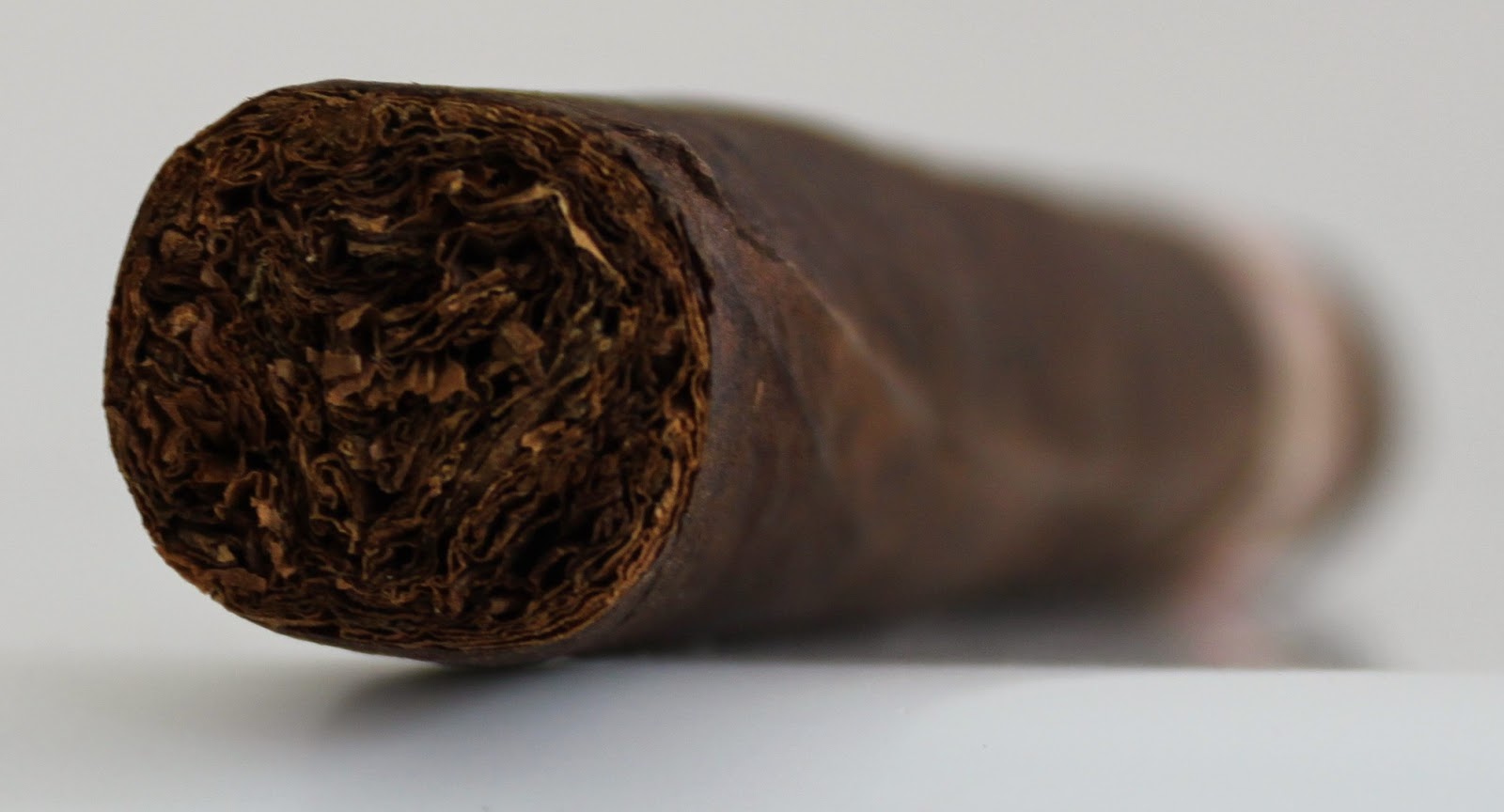 Construction: The dark chocolate brown slightly oily wrapper had a slight mottling and one pronounced vein up the side from head to foot. The wrapper had some minor water spots whilst having some of the hardest to identify seams I’d ever experienced. The pack was somewhat inconsistent, which was rock solid at the band and quite spongy on both the head and foot. The cigar was neatly finished with a double cap.  Overall the cigar looked exceptional but on inspection felt like a little more care could be taken in with the pack. Overall the cigar presented as being quite “rustic” in appearance.

Smell: Smell on the wrapper consisted heavily of chocolate with subtle tones of tobacco, hay and ground coffee; the foot primarily of cedar with small amounts of hay and tobacco.

Cold Draw: The cold draw tasted exactly as the foot smelled, Cedar, hay and tobacco. With only a small cut on the head the draw resistance was perfect, just enough tension to make it feel “right” without seeming hollow.

First Light: Flavours on the first light consisted of Bitter Espresso, Dark cooking chocolate, tobacco with a very gentle salt in the background. Smoke production was good from this stick, offering acceptable amounts of moist smoke.

Aroma: aroma from the cigar was toasty with hints of wood and mocha coffee.

Flavours in the first third changed significantly from the first light. The cigar was now tasting much alike a sweet mochaccino. Behind the delicious flavours of mochaccino there was a timid hints of Cuban-esque salt, tobacco and toast. Overall the flavour profile from the first light to this stage was far more mellow and refined, sporting a light to medium body. The burn was slightly undesirable at the 13 minute mark with about 10mm variance. I blamed this in the inconsistent pack experienced in this area previously. A bit of the old “tactical placement and rotation” seemed to bring it back quite successfully”

The retro-hale on this cigar was quite pleasant, offering hints of coffee and a chocolate cherry liqueur which I found quite interesting. Smoke production never came up from the acceptable levels experienced on the first light. I would have appreciated a bit more texture and quantity of smoke from the cigar but it didn’t want to give it up.

Flavours entering the second third were much the same as those experienced in the first. The body had shifted upward to a medium and there was a dash more salt contributing to the flavour profile. The burn line on this cigar for the best part had been razor sharp, oddly the razor sharp line had been on an angle. As smoking progressed the burn came closer to being straight across the cigar, which fits in nicely with my cigar burn obsessive compulsive disorder.

Flavours experienced in the final third were again much the same as those previously found in the first and second thirds with the addition of a slight leather and salted caramel. These new additions make for a very pleasing addition to the already diverse profile of this cigar.

I was expecting the rate at which this cigar was smoking to slow down once I made my way into it. It didn’t seem to want to; which I found quiet surprising. Mid third 3rd the cigar started to clog on the head which I let go for too long, this in turn created a slight tunnel. I elected to re cut the stick. As soon as a new cut was made the draw opened up and the tunnel corrected itself burning the stick back 10mm in a matter of seconds. 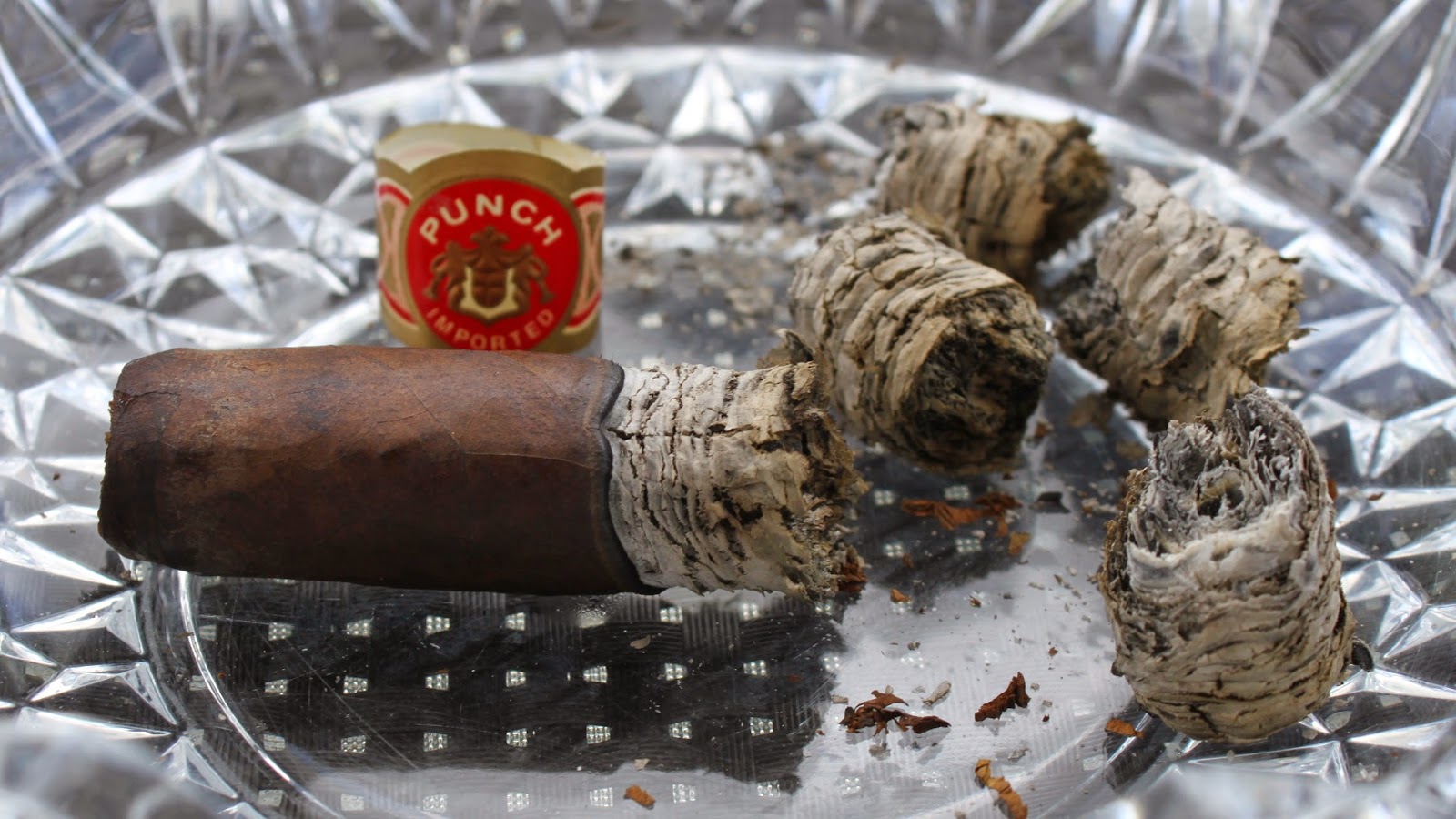 With around 40mm remaining the coffee and chocolate notes started to transition into a more bitter cooking chocolate which I could see being the onset of heat.

I elected to retire the cigar at 1 hour 10 minutes.

Overall this cigar was brilliant, for me personally, it ticked all the right boxes flavour wise. The constructional issues identified on the pre inspection didn’t seem to have any significant impact on the way the cigar smoked or tasted. The diverse range of maduro like flavours really made this cigar a winner in my books.

I was quite surprised by this cigar, I smoked one 6 months ago when I got them and I was severely underwhelmed and quite unimpressed. I entered the review feeling quite prejudiced against this cigar, I was almost loathing this review as I thought I was in for another round of boring salt. It would appear this cigar has responded brilliantly to a good rest period in the humidor. Now I regret buying only five. I would happily pick up a box of these and put some age on them prior to smoking.

If you coffee and chocolate notes in your cigars, you need to try these.

Suggested Pairing for this stick would have to be an oak barrel aged whisky, The Macallan fine oak series 15 or 18 year.