We have 35 guests and no members online

Blend: Nicaraguan wrapper and Binders around a Honduran and Nicaraguan filler

Construction: This tiny rocket was consistently packed whilst feeling slightly spongy, there were very noticeable veins in its pastel caramel coloured wrapper which were exacerbated by the petite size of this cigar. The cigar overall appears slightly rugged especially about the cap, but is quite well made.

Worthy of noting; on my hunt for a smaller cigar I found myself looking at all machine made sticks when looking at this size. This cigar is hand rolled in the Dominican Republic and it comes packaged in boxes of 50 or tins of 10.

Cold draw: Flavours on the cold draw consisted heavily of wood with slight hints of bread. Draw resistance was quite firm.

First Light: Flavours on the first light consisted of wood, earth, and spice with a slightly grassy character. The finish was quite impressive consisting of a strong earthen tannin like tea.

For its size this cigar was billowing smoke, the output was excellent with plumes of thick, dry and flavourful smoke.

At five minutes in the body of the cigar started to ramp up from medium to medium full. The flavours remained the same with the addition of a spice, which I identified as a very smooth black pepper. The finish grew and became very meaty and robust, much alike the finish of dining on a good morsel of steak. 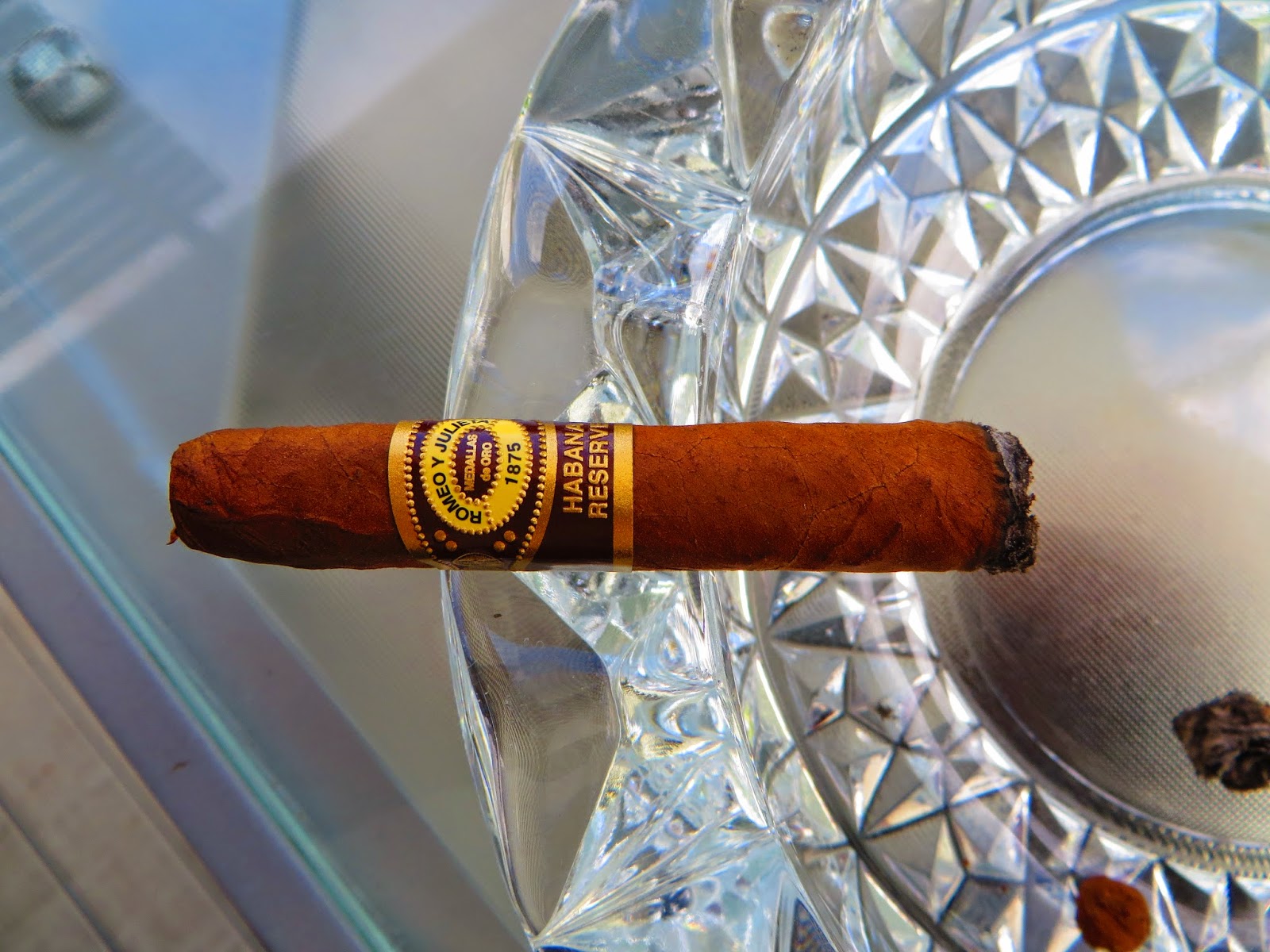 At twelve minutes in the profile of this cigar shifted upward to a solid full. The flavours remained unchanged but the consistency of the smoke grew slightly oilier and thicker, while the finish developed to become longer and stronger.

After twenty minutes the cigar took on a gentle change with the addition of coffee and an increase in the woody and earthen components.

As the cigar progressed past the halfway mark it made no significant changes or developments. It managed to smoke right to the end without offering the menacing acridity associated with heat.

The actual smoking time was also a pleasant surprise, coming in at 37 minutes. For such a small cigar it has a lot to offer, especially based on its price. 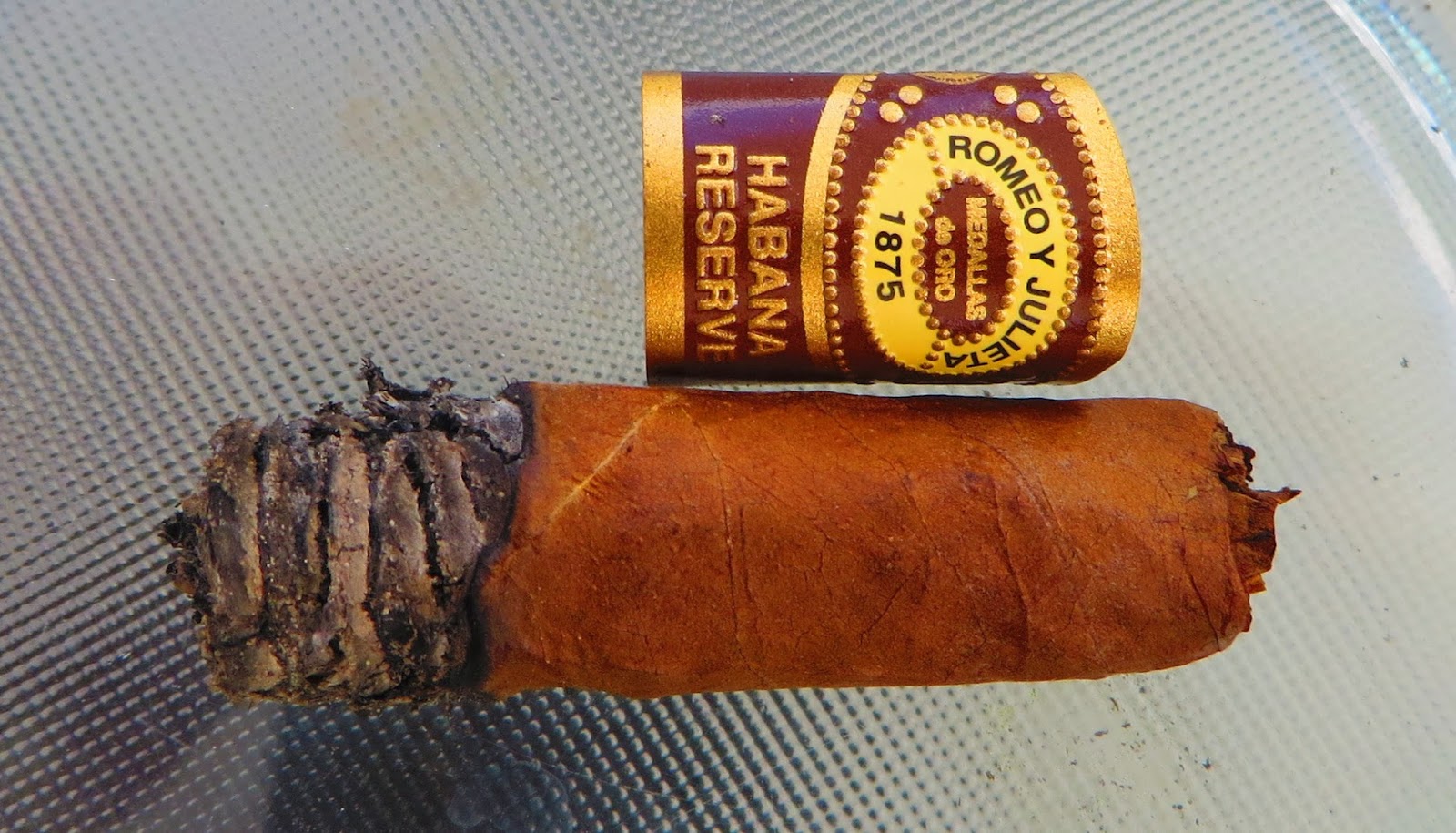 Overall I deem this cigar to be a full bodied stick which I would pair with a double shot cappuccino.  Though being the booze fiend that I am… it had best be an Irish.

I definitely underestimated this cigar based on its size, it performed in line with the big boys, exhibiting a full body without being sharp or feeling cheap.

If you like Cuban Bolivar cigars I can guarantee you will like this.  The second this cigar warmed up it tasted very similar and smoked alike the Bolivar (with a very dark ash). I would happily smoke and buy these little winners again.